How Alcohol Affects Your Overall Health 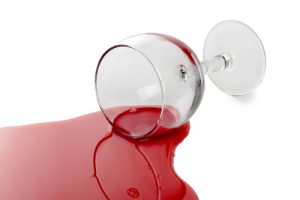 Alcohol sometimes seems like America’s favorite pastime, especially when a big “drinking holiday” like St. Patricks or Cinco de Mayo has just occurred. In truth, only about fifteen percent of Americans are considered “problem drinkers,” which is one step down from alcoholism. At that stage of the game, they are definitely consuming more alcohol than is good for them.

There are plentiful health benefits which studies have shown are available to those who consume one alcoholic drink per day. “One drink” is often misinterpreted too liberally. In truth it means a single shot, 5 ounces of wine, or one bottle of beer.

And what happens to us when we drink that “one drink”?

ALCOHOL TRIES TO SAVE US

Many studies have shown the benefits of moderate alcohol consumption. The primary way that alcohol helps us is by decreasing the risk for heart disease and stroke. This is especially beneficial in countries like the United States, where leading causes of death include coronary heart disease cancer and stroke.

One of the primary ways that alcohol reduces the risks associated with heart disease and strokes is by thinning the blood. It makes platelets less sticky, which in turn makes the blood flow more easily and reduces the odds of stroking out from a blood clot.

Moderate alcohol consumption even reduces mortality from diabetes. A study done on 38,000 men at Harvard in 2011 showed that by drinking two beers per day, they reduced their risk of getting type 2 diabetes by 25%. (Note that this would be different for women, who have a lower percentage of water in their body to dilute the alcohol —no joke— and less of a crucial enzyme called “dehydrogenase” which is needed to metabolize alcohol the way men do.)

All in all, scientists estimate that in 2005 alone, about 26,000 people were saved from early death by moderate alcohol consumption.

ALCOHOL TRIES TO KILL US

It tries to kill us indirectly (drinking and driving kills somebody else every 32 minutes) but also in other fascinating and surprisingly more direct ways.

1 in 25 deaths in the world are caused in some fashion by alcohol. Nearly 20% of alcoholics have cirrhosis of the liver (which means a scarring and buildup of fibrous tissue inside the liver, which impedes its function). This leads to liver failure, which leads to death. But that’s pretty commonly known. What about the more exotic results of alcohol ingestion?

For instance, drinking alcohol consistently can alter your gut bacteria, causing more growth than would normally occur. If this continues, the bacteria will travel through the intestinal walls and infect other organs. This can cause organ failure.

Alcoholics are also ten times more likely to develop infections—in part because consistent alcohol consumption weakens the immune system. This opens the drinker up to more hazards, from colds to influenza to stomach bugs.

Drinking too much can also cause cancer—not just in the digestive tract, though it certainly does hit the mouth, esophagus, and stomach. It also creates a higher incidence of liver cancer, breast cancer, and others throughout the body.

The “freshman fifteen” (or the “freshman forty” depending on who you ask) has made it legendary that alcohol makes drinkers fat. However, drinking excessively can also make you fat in the liver. Because of the metabolic processes which occur when people drink more than they should each day, excessive fat levels can quickly build up in the liver as it tries to process the alcohol. This is one of the first signs of alcohol-induced liver disease. Luckily, by abstaining from alcohol for four to six weeks, the liver is given time to recover and can purge the fat.

5 CRAZY FACTS ABOUT HOW ALCOHOL AFFECTS YOU

How 3 Alcoholic Beverages Causes Damage to Your Liver

How Much Should Alcohol Labels Warn Users of Health Risks

How Alcohol Harms your Kidneys