New Study Says Alcohol is More Dangerous Than We Think 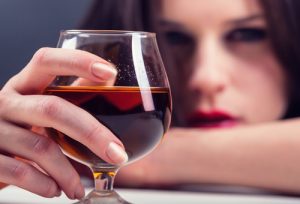 As anybody can tell you, there are many dangerous drugs in the world which are currently causing problems for our society. Whether it’s the rural meth addicts, the urban cocaine junkies or the heroin users who seem to be cropping up everywhere these days, many people suffer from their decision to try illicit substances.

One thing that many adults will tell you is that (short of heavy drinking and alcoholism) alcohol is the “safe” choice for a recreational substance. A new study published in Scientific Reports, however, says that this is not true. It has turned up evidence that this harmless indulgence isn’t so harmless after all.

This study focused on ten different kinds of drugs: alcohol, tobacco, marijuana, diazepam, methadone, heroin, cocaine, ecstasy, meth and amphetamines. The study compared how much of each drug would be lethal compared to how much would be consumed in a normal recreational situation. This is a question which hasn’t been studied before, and which turns up some interesting results.

Alcohol, along with nicotine, cocaine and heroin, was classified as “high risk,” which is the most dangerous category in the study. This means that it has the smallest margin between how much is “normal” and how much is deadly.   The rest of the drugs were classified as the “risk” category except THC (the active ingredient in marijuana) which is known to have low risk of death.

WHY DIDN’T WE KNOW THIS ALREADY?

The short answer is, “We kind of did.”

Despite the perception of alcohol as a safe substance, the CDC has data to the contrary. They have records that over 2,000 Americans die each year as a direct result of alcohol poisoning. They also have data showing that among working-age adults, 1/10th of deaths can be attributed to excessive alcohol consumption. This figure includes deaths caused by drinking-related damage, such as cirrhosis of the liver. This is an important statistic because once you remove elderly deaths, it becomes much more visible how much alcohol affects the adult population of healthier people.

Chronic alcohol use has been known for a long time to cause many types of cancer, and some of the dangers of heavy drinking, like cirrhosis, are risks known by doctors but not worried about much by the general population. In the United States, the liquor industry is thriving, with plenty of marketing to make it seem like buckets of fun.

The alcohol industry is also highly profitable. Just distilled spirits (also known as “hard liquor”) generated $120 billion in economic activity for the United States in 2010. The industry for all alcoholic drinks combined generated over $400 billion in that same time frame. It may be that this industry seems “too big to fail” and too much a normal part of American life to be doubted.

There is a lot of data available supporting the idea that minor alcohol consumption can have health benefits. The problem is the number of people who don’t restrain themselves to minor consumption. A suitable daily alcohol allotment would be a single glass of wine (about 5 oz), one bottle of beer or one shot of alcohol (1 ½ ounces). However, 20% of Americans are consuming between 2 and 10 drinks every day.

It’s unreasonable to expect that 63 million people are going to change their drinking habits overnight. But if the top 10% of alcohol drinkers (those consuming 10 drinks per day) could be brought down to just 2 drinks per day, there would be major health benefits for all of them, and it could herald the beginning of a much more sane cultural perspective on how to consume alcohol.

10 Signs You’re Drinking Too Much

Alcohol Killing More than 80,000 Per Year

5 CRAZY FACTS ABOUT HOW ALCOHOL AFFECTS YOU

5 Signs Alcohol Use Has Spun Out of Control