One Fifth of Young Professionals Believe They Have a Drinking Problem 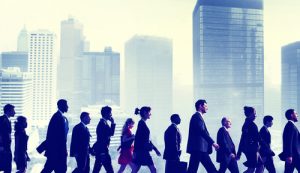 A poll has been done in the United Kingdom, surveying four thousand adults to find some answers on their opinions and habits related to drinking. The survey revealed some troubling facts about alcohol use and abuse in the UK, especially where young professionals are concerned. To outward appearances, young professionals are the up and coming young adults who will hold the country’s future in their hands. However, in England many of them appear to be too busy holding a glass of wine or beer.

The poll contained some interesting facts which reveal insights into the thoughts of young professionals: Nearly half of them said it’s acceptable to go out and get drunk regularly, while only about twenty percent of the general population holds this opinion.   Similarly, just over a fifth of young professionals reported that they believe themselves to have a drinking problem, while only seven percent of the general problem made the same statement. For young male professionals, the number claiming a drinking problem was closer to thirty percent.

More than a third of the very young professionals (ages eighteen to twenty-four) surveyed said they had blacked out for some or all of their night at least once, and almost twenty percent have been so drunk that they couldn’t remember how they got home. This data seems to indicate that there are somewhere between ten and fifteen percent of young adults who regularly get so drunk they black out (apparently traveling home without being aware of their surroundings), and yet don’t think they have a problem.

Among the next group (ages twenty-five to thirty-four), sixteen percent of them admitted to waking up in a stranger’s house. Perhaps they learn their lesson about safety as they age, because the next group (ages thirty five to fifty four), now aging out of the “young professional” designation, said that they drink alone at home rather than going out, and that they do it to relieve stress or to relax.

This poll revealed the differing opinions to be found: Only half of the residents surveyed even agreed that drinking while pregnant is unacceptable. There is one thing that the British can apparently agree on: Seventy-five percent of these same British residents who were surveyed agree that Britain has “a heavy drinking culture.”

There seems to be an idea that “I am okay but they have drinking issues,” among many of the respondents, too, as they judged very harshly when asked to consider the drinking habits of others and how they should be responded to. For instance, over half believed that if someone has been warned about the dangers that alcohol poses to their health and then continued to drink, they should not be eligible for treatment by the NHS (Britain’s universal healthcare system). They might not feel the same when it’s their own health on the line, however.

Based on the results of this poll, British residents might more successfully reduce their own drinking if they could be educated more specifically on the harmful effects which alcohol can have on their own health. Perhaps given exact numbers of alcohol consumption and the resulting health maladies (for instance, if you’re drinking enough to black out, then you’re drinking enough to damage your body), British citizens would realize that it’s not a “them” problem – it’s a “me” and “we” problem.

When Does Social Drinking Become a Problem

The Slippery Slope of Alcoholism and the Effect on Families

Is Alcoholism a Genetic Disorder

Whose Problem is Alcohol Poisoning