WHY IT’S IMPORTANT TO ABSTAIN FROM ALCOHOL DURING EARLY PREGNANCY 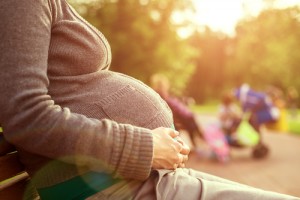 Everybody has heard the warnings, that pregnant women shouldn’t drink alcohol. However, there are many warnings about what pregnant women shouldn’t have, from sushi to caffeine to deli meats or soft cheeses. It seems to depend on who you’re asking, and to vary from country to country. For instance, Europeans generally don’t think soft cheeses are a problem, but in the United States they can harbor dangerous bacteria. However, abstaining from alcohol is the one recommendation that will hold steady no matter where in the world you check.

GUIDELINES ABOUT ALCOHOL AND PREGNANCY

England is a good example of standard medical advice throughout the world, being between the strictest countries and the ones totally lacking in recommendations. Their Royal College of OB/GYNs recommends that newly pregnant women and women trying to conceive should stay away from alcohol entirely. Though in the past they have said it was acceptable to consume as much alcohol as would be found in one to two glasses of wine per week, they have now become stricter in the hopes of avoiding any damage to developing babies. After the first trimester they do still say that the weekly glass or two is acceptable.

Their Department of Health recommends total abstinence from alcohol while pregnant. (They do mention that if a pregnant woman drinks she should follow the ‘one to two glasses of wine’ rule, but they don’t make it sound acceptable for the 2nd and 3rd trimesters the way the Royal College does.)   A separate organization, the National Institute for Health and Care Excellence, also recommends totally abstaining, as they say alcohol consumption can cause miscarriage.

Many countries do have their own recommendations, but they will all either follow England’s stance or be even stricter, recommending zero alcohol consumption at all during pregnancy. For countries that don’t have their own guidelines, the World Health Organization of the U.N. can be looked to as a guide. (They also recommend completely abstaining from alcohol while pregnant.)

All of these guidelines also extend to women who are trying to get pregnant. This is because during the first several weeks of pregnancy, a woman often doesn’t yet know she has conceived. If the new mother is drinking alcohol and waiting for a pregnancy test or for signs of pregnancy before she changes her lifestyle, she could expose her baby to harmful levels of alcohol just by accident.

EFFECTS OF ALCOHOL CONSUMPTION DURING PREGNANCY

The placenta is the organ which brings blood from the mother’s body to the baby. Because its job is bringing the vital nutrients to the baby, it’s very good at taking all substances from the mother and transmitting them effectively. Alcohol is one of the things which passes easily from mother to baby.

Drinking during the first three months of pregnancy can lead to the death of the baby or to birth abnormalities.

Excessive alcohol damages adult livers, so it shouldn’t be surprising that baby livers are even more vulnerable to it. This is partly because their livers don’t fully develop until the end of pregnancy. This means that any amount of alcohol that the mother consumes is going to affect the baby more strongly than it affects her.

Alcohol consumption during pregnancy can restrict the growth of the baby and can increase the odds of stillbirth or early labor.

Heavy exposure to alcohol can result in more severe issues for the child, such as physical and mental disabilities, behavior problems, and emotional issues throughout the child’s life. The severity of these symptoms is directly tied to how much alcohol the mother consumes while pregnant, and all falls under the title of “fetal alcohol syndrome”. It’s nothing to mess around with.

Drinking While Pregnant Could Become a Crime

Is Alcohol Marketed Toward Kids?

Alcohol Killing More than 80,000 Per Year

Alcohol: How Much is too Much During the Holidays

New Study Says Alcohol is More Dangerous Than We Think